High Frequency Trader “Spoofs” and “Layers” his Way to Penalties from U.S and British Regulators 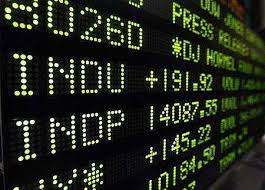 High frequency trader “spoofs” and “layers” his way to penalties from U.S and British regulators

On July 22, 2013, regulators from the United States Commodity Futures Trading Commission (CFTC) and the British Financial Conduct Authority (FCA) fined high frequency trader Michael Coscia (and his firm Panther Energy Trading) for engaging in spoofing transactions for the purpose of layering bids or offers. As we have previously written, a “spoof” occurs when a trader bids or offers with the intent—and intent is the key to a spoof—to cancel the bid or offer prior to execution. In this case, Coscia spoofed by placing algorithmic bids or offers on Globex, which he intended to, and did, cancel prior to execution.

Coscia spoofed to engage in layering. The FCA described layering as placing small orders and then larger orders to create a false impression of liquidity. Then the larger orders were cancelled, which induced the market to trade the small orders. The FCA said:

Coscia’s layering strategy typically meant placing a small order, which he intended to trade on one side of the order book, followed by a series of large orders on the opposite side of the order book, which were not genuine. These larger orders—typically 20 times the average size of orders placed by other market participants—were designed to create a false and misleading impression of liquidity for those products, and induce the market to trade the smaller orders. The execution of the small order would then trigger the immediate cancellation of the large orders. This pattern would then be repeated on the opposite side of the order book in order to make a profit from price movements generated by the trading strategy. FCA fines US based oil trader US $903K for market manipulationFinancial Conduct Authority Press Release at note 3.

1 Response to High Frequency Trader “Spoofs” and “Layers” his Way to Penalties from U.S and British Regulators