According to a report by Ulrika Lomas of Tax-News.com, the French Senate, with its left-wing majority, has approved plans to establish a tax on automated transactions in France, to curb the rapid rise in high frequency trading. 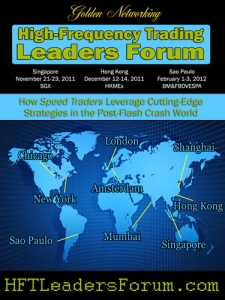 Proposed by general budget rapporteur Nicole Bricq, the tax had been adopted by the Senate finance committee recently.

The new initiative proposes to impose from January 1, 2012, a tax on certain investment service providers in cases where daily cancellation rates for orders for buying and selling financial instruments on public markets exceed 50%.

Bricq warned that this form of trading merely serves to derail the markets and lamented the lack of visibility for both investors and issuers and the lack of contribution to the country’s real economy.

Commenting on its decision to back the plans at the time, the Senate finance committee pointed to the “flash crash” stock market crash of May 6, 2010 in the US and to the stock market crash in Europe in August of this year, which, it argued, served to fuel the controversy surrounding both the impact and the usefulness of high frequency trading.